Facebook Groups Supports Up to 250 People in a Chat

Social networking giant Facebook is rolling out the ability for members of Facebook Groups to launch group chats. Facebook Chat supports up to 250 members who can join the group chat.

Facebook Groups gives the 1.4 billion active users of the social network a platform to collectively plan events, arrange in-person meetings, or have deeper discussions with their close ones or people of similar interests. 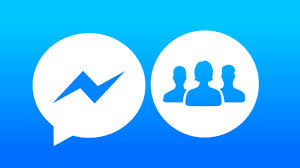 Instead of immediately alerting you of every message in the thread, you’ll first get a Facebook Group notification. The notification invites you to each new group chat that you have to voluntarily join to receive further notifications.

After the rollout of Facebook Chat, the next update of Facebook is planning to gradually roll out, would also facilitate audio and video calls accommodating up to 50 members at once.

Users would have an option to browse through active chat threads or launch a new one. The user could also turn off notifications for message reactions or Messenger games. One could also opt-in to be notified only if they have been “@mentioned” in the thread.

Group admins would have the authority to always shut down a group chat. Additionally, one could also limit their creation to only other admins.