Amazon has upgraded the sound quality of the entire new range of Echo devices to be released. Somehow, the improvements are most noticeable on the Dot simply because of how deficient the prior model was. It’s not often that there’s this much of a leap between the generations of a product — most improvements are incremental — but the new Echo Dot sounds like a completely different speaker than its predecessor. It’s not perfect, but it’s easily the best cheap smart speaker one can buy right now. 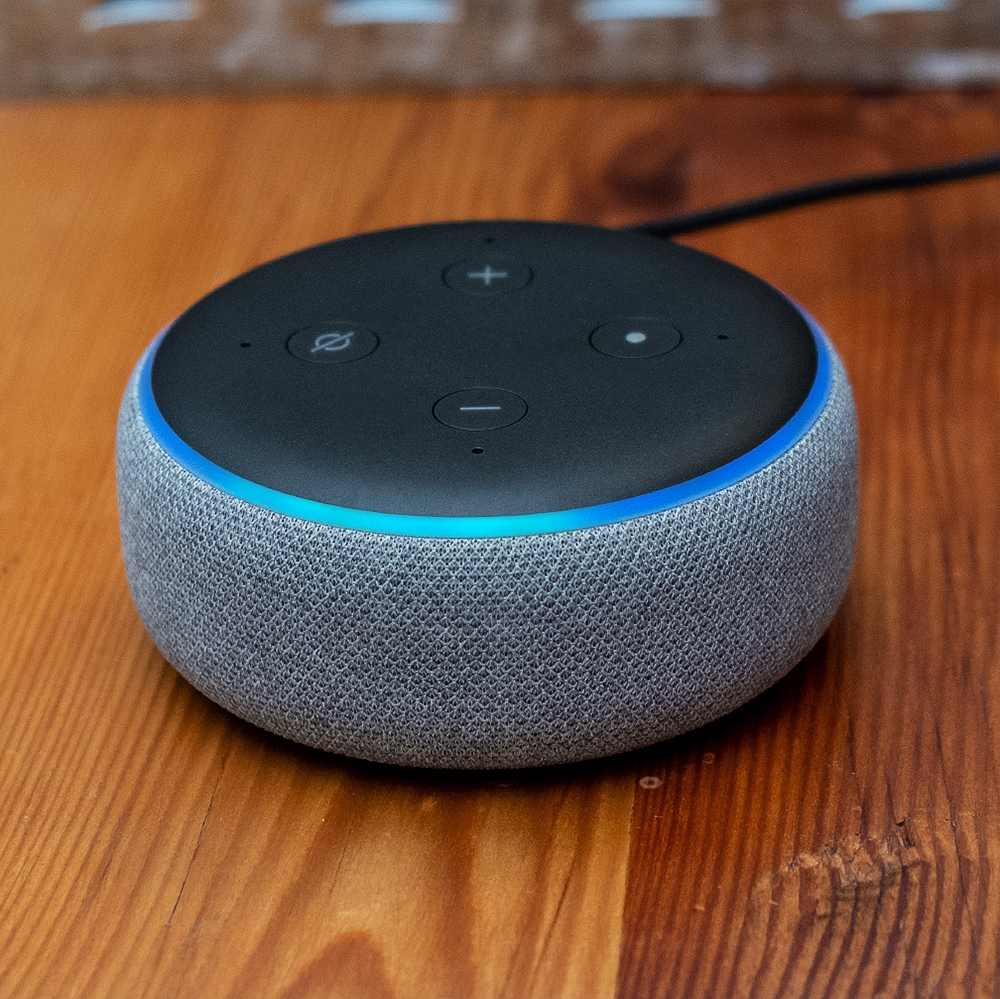 The major reason for the new Echo Dot being much better boils down to its new design. It’s noticeably larger, which implies that Amazon managed to put a larger, louder, more powerful speaker inside it. The output of the new model is surprisingly loud, full, and clear. Whether you’re listening to Alexa read out the latest weather report, an audiobook, or cranking a Spotify playlist at full volume, everything sounds better on the new Dot. Not only is the new Dot far better than the old Dot, but also it’s markedly better than Google’s Home Mini as well. It’s richer, fuller, and definitely more pleasant to listen to.

The new Amazon Echo Dot has a 1.6-inch speaker, which is a half-inch larger than the prior model. It’s also significantly more powerful: the old Dot used a small 9-watt power adapter and a Micro USB cable; the new one has a beefy 15-watt power brick with a proprietary barrel connector. That’s a little annoying since the power takes up much more room on a wall outlet and you can’t just use a phone charger (or in-wall USB port) to power the new Dot, but the increase in audio power makes up for the nuisance.

The old Dot was superb for getting access to Alexa in every room of your home with little effort The new Dot is a different beast: it actually does justice to the music you’re listening to. The grace to the Echo Dot is it’s clear, crisp, never gets muddy, and doesn’t distort, even at full volume. 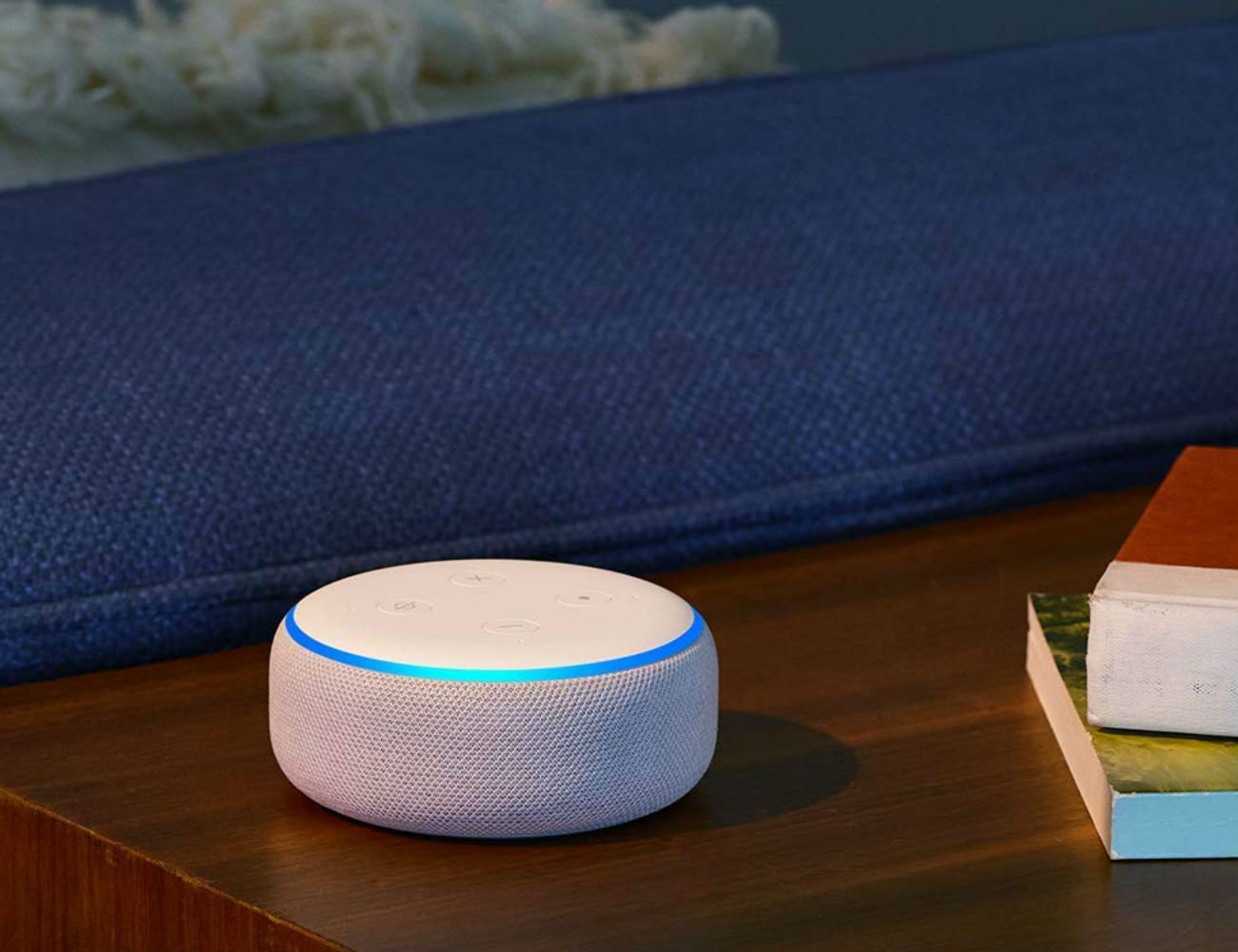 In a larger room, you’ll want to take advantage of the ability to pair the new Dot with a second unit to create a true stereo pair. By doing this one can easily fill a medium to large room with sound. Amazon will even give you a discount if you buy two Echo Dots, simultaneously.

The new Echo Dot gives an option to adjust the bass, midrange, and treble of the speaker with voice commands, but the difference in the sound when you do is hard to notice. Bass is what’s missing the most: though the Echo Dot’s new speaker is much larger, it’s still relatively small and it can’t handle low frequencies that well. To get the best effect of bass, you can add Amazon’s new $129.99 Echo Sub to the mix, which will restore all the missing thump the Dot lacks. But while I’d totally recommend getting two Echo Dots for a stereo pair, I don’t think the Sub is worth the price or hassle for most people who purchase the Dot. Still, two Echo Dots and an Echo Sub can produce some impressive output for not much more money than a single, mono Sonos One sells for.

It’s definitely possible to output Dot’s audio to a larger speaker, either over Bluetooth or through a 3.5mm audio cable. Considering the fact that the new Dot sounds fantastic on its own, I don’t think most people will find the need to do so. Amazon’s new Echo Input is a better device for that purpose since it’s cheaper. The buyer need not bother to have an additional speaker.

Amazon swapped out the old Dot’s seven-microphone array for a simpler four-mic system to let it hear your voice commands. This has not bought any difference in performance as a result. The new Amazon Echo Dot can hear the voice commands just as easily as the older one. It functions the same irrespective of being close to it or away from it towards the other side of the room. When the Dot is playing music at volume, the user has to raise his voice to trigger voice control. The voice controls still work when two Dots are paired in stereo, though only one will respond to the queries (whichever one is closer to you). Amazon also traded the old Dot’s shiny plastic finish for a fabric cover that looks much nicer. The new Dot is available in charcoal, heather gray, or sandstone, which are all basically different levels of gray. It’s a little boring, but all the color options are understated and nice looking. You won’t find any Google Home Mini-like fun colors here.  Amazon is not selling covers for the new Dot like they were sold for the old model. But, on the plus side, the giant Amazon logo on the front has also been jettisoned.

Aside from the new ability to pair two Dots in stereo and adjust the equalizer, the new Dot doesn’t necessarily do anything additional than the old model. The new Echo Dot is still the cheapest and most convenient way for most people to access Alexa. It can be used for timers, weather reports, smart home control, audiobooks, music, podcasts, alarms, and countless other things. The new Dot doesn’t add to the experience; it just improves some key aspects of it.

The new Dot is certainly good enough for most people. A single Dot is also not as loud or full-sounding as a larger Echo or Google smart speaker. Certainly, it’s close enough that most people will be happy saving the money.

Amazon played the right move by improving the sound quality. The Dot’s price, which is likely to dip even lower during holiday promotions, Amazon’s new entry-level Echo speaker.