Now, HMD Global is back with an improved version called the Nokia 3.1 plus. It rectifies some of the previous complaints. The new phone comes from 5.2-inch display to a 6-inch display, still at an 18:9 aspect ratio, and it gives a fingerprint sensor to the back without adding much to its sub-$200 prices. 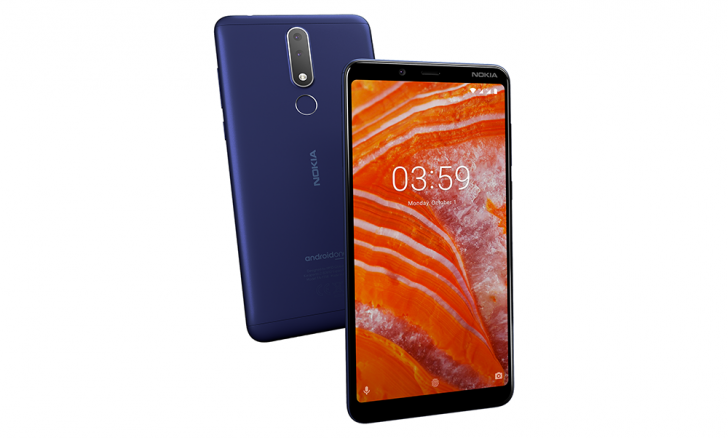 The Helio P22 is the new Media Tek processor, that comes up with Nokia 3.1. The user will have 2GB or 3GB of RAM, So it is still considered as a smart budgeted phone. But when it comes to power, it should be an improvement.

HDM Global is also advertising two days of battery life by giving 3,500mAh battery life with this smartphone. In some markets, the phone is adding NFC too.

IT SUPPORTS ANDROID ONE, BUT IT’S STILL LACKING 5GHZ WI-FI

The phone’s major update is the second camera on the back giving a portrait mode for better and classy pictures.

Unfortunately, there are still some areas where the 3.1 Plus misses or cuts corners that its predecessor didn’t. The Nokia 3.1 Plus still lacks some of the important features such as support for 5GHz Wi-Fi, which means you won’t be able to use newer (and faster) Wi-Fi networks. It also misses the Gorilla Glass from the display saying it a non-branded “toughened glass,” which seems like a miss given that Gorilla Glass is pretty much the industry standard.

The 3.1 Plus uses a Micro USB for charging jus as 3.1 does. The storage comes to be 16GB or 32GB, expandable by microSD card. The smartphone also provides a headphone jack. It even comes out to be a part of Android one. Henceforth, Security updates and OS updates are its two major focus areas, so Oreo to Pie is expected.

HMD Global has been making some solid phones under the Nokia brand for the low-end and midrange markets. But there’s plenty of competition out there, and phones like the 3.1 Plus have to contend with a lot of very nice and capable alternatives —specifically in India where this phone is launching.