Samsung launched the Galaxy A6 19,969 and Galaxy A6 19,969 smartphones featuring its flagship Infinity Display design in India, along with the Galaxy J6 and Galaxy J8 models. Similar to the latest Galaxy J series models, the new Samsung Galaxy A6 & A6+ 2018 offer run Android Oreo out of the box and sports Super AMOLED display panels. Furthermore, the latest Galaxy A series models exhibit a metal unibody design and are available in three color options, including Blue, Black, and Gold. Additionally, the Galaxy A6 and Galaxy A6+ models have Artificial Intelligence (AI)-powered camera features.

Samsung Galaxy A6, Galaxy A6+ prices in India

Samsung Galaxy A6is priced at Rs. 21,990 for the 32GB onboard storage variant in India while its 64GB onboard storage variant comes with a price tag of Rs. 22,990. The other model; Galaxy A6+, is priced at Rs. 25,990. The duo promises Rs. 3,000 cashback via Paytm Mall and also on purchases made using ICICI credit cards. Both handsets have been on sale in the country from May 22. Moreover, they will be available only via Paytm Mall, Samsung India E-Store, and Amazon India online and via Samsung retail stores offline.

The dual-SIM (Nano) Samsung Galaxy A6 runs Android 8.0 Oreo with the most loved Samsung Experience on top . It features a 5.6-inch HD+ (720×1480 pixels) Super AMOLED panel with Samsung’s Infinity Display design and 18.5:9 an aspect ratio. Under the hood, there exists a 1.6GHz octa-core Exynos 7 series SoC, coupled with 4GB RAM. Additionally, the smartphone owns a 16-megapixel rear camera sensor with an f/1.7 aperture while the front side has a 16-megapixel sensor with an f/1.9 aperture. Both cameras have a LED flash. Also, there is a brand new default camera app that has features such as Live Bokeh and Background Blur Shape. 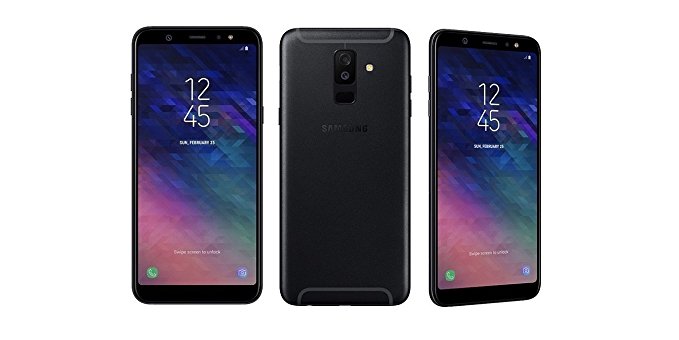 The dual-SIM (Nano)Samsung Galaxy A6 2016 runs Samsung Experience on top of Android 8.0 Oreo. It has a 6-inch full-HD+ (1080×2220 pixels) Super AMOLED panel based on the company’s Infinity Display design and a 18.5:9 aspect ratio. The smartphone is powered by a 1.8GHz octa-core Qualcomm Snapdragon 450 SoC. It is paired with a 4GB of RAM. For the purpose of capturing images and recording videos, the Galaxy A6+ has a dual rear camera setup with a 16-megapixel primary sensor The camera has a f/1.7 aperture and a 5-megapixel secondary sensor along with an f/1.9 aperture. The handset also has a 24-megapixel camera sensor at the front with an f/1.9 aperture. The rear and front camera setups can boast of LED flash modules. Also, there is the new camera app with Live Bokeh and Background Blur Shape features.

Samsung has provided 32GB and 64GB onboard storage options on the Samsung Galaxy A6 & A6+ 2018, for the users. The storage options are expandable via microSD card (up to 256GB). The smartphone has 4G VoLTE, Wi-Fi, Bluetooth, GPS/ A-GPS, Micro-USB, and a 3.5mm headphone jack on the connectivity front and sports a rear-facing fingerprint sensor. Besides, it has a 3000mAh battery. 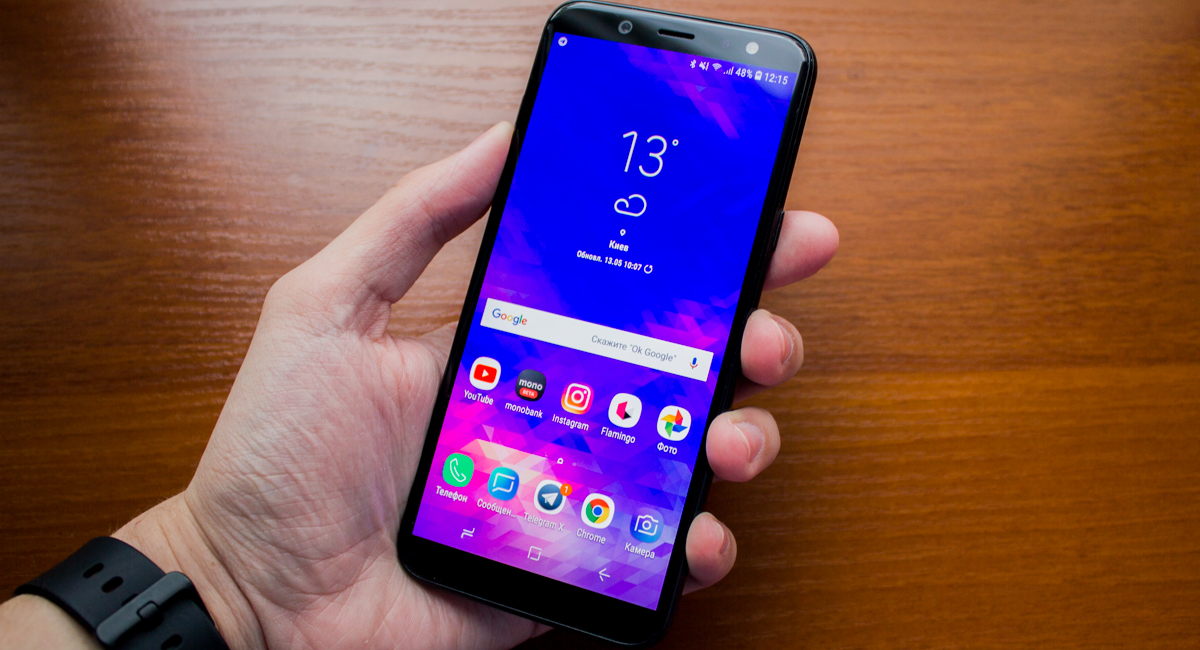 Samsung Galaxy A6 & A6+ 2018 has 64GB of inbuilt storage which is expandable via microSD card (up to 256GB). In terms of connectivity, it has a 4G VoLTE, Wi-Fi, Bluetooth, GPS/ A-GPS, Micro-USB, and a 3.5mm headphone jack. The smartphone has a rear-facing fingerprint sensor. Lastly, it packs a 3500mAh battery.

Samsung has a preloaded variable selfie flash functionality that helps users adjust the exposure of the light while capturing selfies on the Samsung Galaxy A6 & A6+ 2018. The handsets also have a ‘Chat over Video’ feature to allow the users to chat on WhatsApp or using the default messaging app whilst simultaneously while watching videos. The feature has a translucent chat window with a translucent keyboard over the active video to deliver the distinct experience. Interestingly, the handsets also come with a few memory management features such as ‘move to memory card’, ‘delete duplicate images’,’ zip unused apps’ and ‘delete saved APK files’. The phone comes with AI camera in the Samsung Mall and Samsung Pay Mini for mobile payments.