2GHz octa-core processor and a 4GB of RAM backs upOppo F9. The phone packs 64GB of internal storage that  is expandable up to 256GB using a microSD card. Well, with respect to the camera configuration, the Oppo F9 packs a 16-megapixel (f/1.8) + 2-megapixel (f/2.4) primary camera on the rear and a 16-megapixel front shooter for selfies.

However, the Oppo F9 is a dual SIM (GSM and GSM) smartphone that accepts Nano-SIM and Micro-SIM. Connectivity options are inclusive of Wi-Fi, GPS, USB OTG, Micro-USB, 3G and 4G (with support for Band 40 used by some LTE networks in India). Not only this,  Sensors on the phone also include Fingerprint sensor, Compass/ Magnetometer, Proximity sensor, Accelerometer and Ambient light sensor. 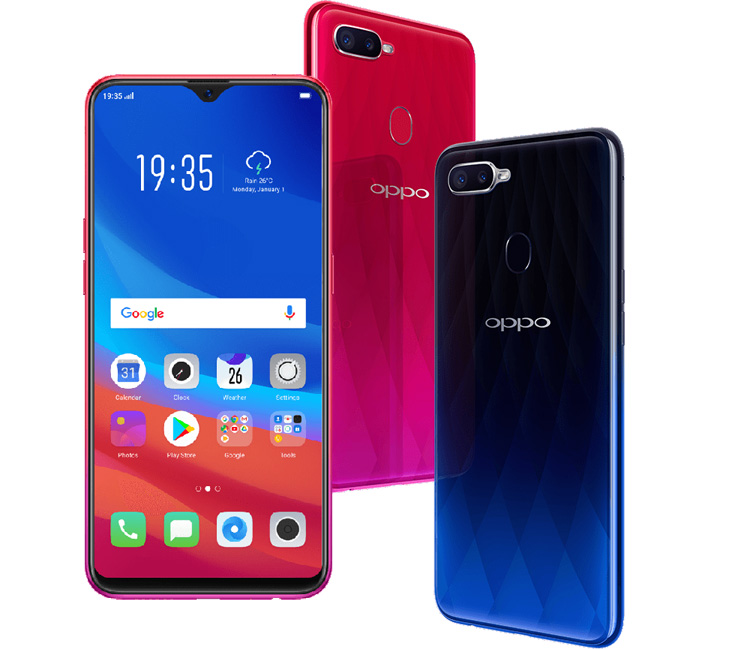 OPPO Electronics Corp. is an electronics manufacturer established in 2004. It is based out of Guangdong, China. Known for its smartphones, the company is also into manufacturing MP3 players, portable media players, LCD-TVs, and DVD/Blu-ray players. Certainly, the company manufactures smartphone as well. Henceforth, it has launched a whole range of Android-powered smartphones.