Huawei’s sub-brand Honor is set for its next launch of the Honor 8C smartphone in India in the coming week. This smartphone will have 4,000mAh battery and 6.26-inch Notch FullView Display, industry sources told IANS on Tuesday.

In we talk about cameras, the Honor 8C bears a vertically placed dual rear camera setup with a 13-megapixel primary sensor (f/1.8 aperture and a 2-megapixel secondary black-and-white sensor (f/2.4 aperture), both with support for autofocus. Furthermore, the front camera of the handset sports an 8-megapixel selfie camera with fixed focus and f/2.0 aperture. Both camera setups get LED flash. There is a non-removable 4,000mAh battery under the hood with support for 5V/2A (10W) charging.

The back of the Honor 8C Aurora Blue colour variant features a 3D nano-level texture design . Furthermore, it offers a gradient design much like the Honor 10. Additionally, the phone also comes with certain AI-based features in the rear and front camera setups. 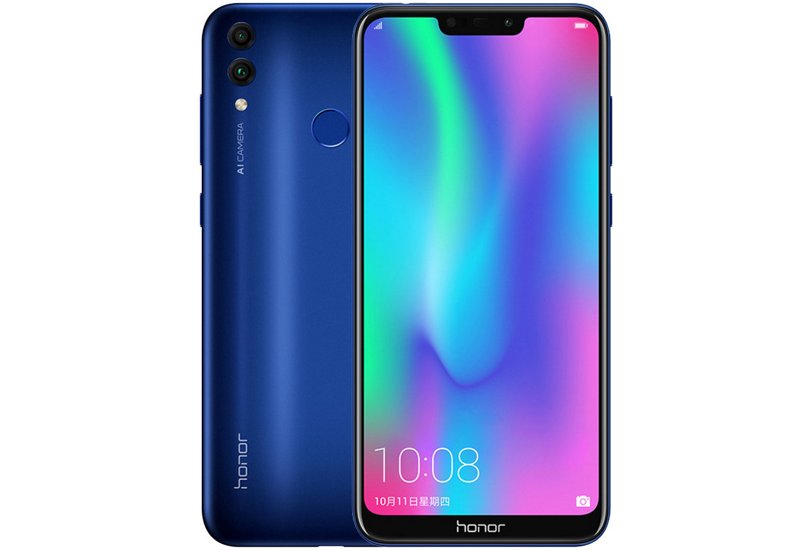 Earlier during the month, Huawei launched Honor 10 Lite at Rs. 21,990. However, the company has claimed to have sold over 1 million units of Honor products during the Diwali festive period . However,  the price with Honor 9N ₹ 9,999 and Honor 8X ₹ 14,999 being the most popular products on Flipkart’s Big Billion Days and Amazon India respectively on the first selling day.

The brand sold over 6 million units of the recently launched Honor 8X globally. It became the top Singles Day performer in terms of sales volume and revenue under the smartphone category.