The BlackBerry Key2 is launching its Red Edition. However, contrary to the Red Edition smartphone launched by other prominent maker, the differentiating features are not just cosmetic. The Red Edition of BlackBerry packs 128GB storage – which is double the storage of original Key2 offered at its launch. Not only that, this Red Edition also sports a tweaked UI supported by latest version of few of the native apps. If all this while you have been debating about opting for BlackBerry Key2, this may be the deciding key.

As the image shows, the new BlackBerry Key2 in its Red Edition wears red on the sides and front.

As mentioned above, the BlackBerry Key2 Red Edition packs a 128GB of storage, that is twice the 64GB storage, in its launch version. Furthermore, the Company claims that in order to give improved ergonomics by offering users faster access to primary features like compose, sort and search, this version will be launched alongwith a Hub+ software refresh, including a new Action bar, at the bottom of the Hub+ applications.

Also, in order to give it a more modern look, the BlackBerry Hub and BlackBerry Calendar comes with a new UX update. 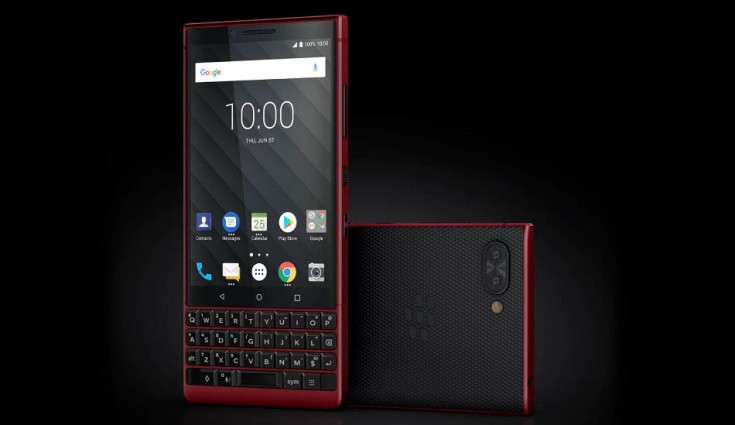 Although the Company has not given a release date for the Blackberry’s smartphone, what is known is that this smartphone shall be available in select markets across Asia, Middle East, North America & Europe at a launch price of EUR 779 (approx Rs.63,000), and shall come with a BlackBerry branded, special edition set of red earbuds. Currently, on pre-order, it is available across Europe on official BlackBerry Mobile online stores.