Optimus infracom, which manufactures and distributes Blackberry-branded handsets, on Monday said the recently launched BalckBerry KEY2 LE smartphone will be available in the country exclusively on Amazon.in from October 12. To recall, the toned-down model of the BLACKBERRY KEY2 was launched by TCL  in August. Physical keyboard enthusiasts are the primary focus category of users. The KEY2 LE is equipped with the iconic BlackBerry QWERTY keyboard. The other key highlights of the smartphone are Snapdragon 636 SoC, 4GB RAM, Android 8.1 Oreo, dual rear cameras, 4.5-inch, and more.

While commenting on the launch, Hardip Singh, Executive Director, Optimus Infracom, said, “Security and privacy are indeed the priorities in our data-dependent world. At Optimus, we are committed to offering our customers a trustworthy mobile experience. We are delighted to bring into  the market; BlackBerry KEY2 LE, further strengthening our portfolio of the most secure smartphones in the country.” Certainly, here’s a look at the price in India, availability, and specifications of the BlackBerry KEY2 LE.

The users can buy the BlackBerry KEY2 LE for Rs. 29,990, in India. It will be available exclusively via Amazon India site, starting October 12. Notably, the smartphone will also ship in Space Blue color variant. The price of the BlackBerry KEY2 LE  was $449 (roughly Rs. 31,900) during its launch in the US. The color options were Atomic, Champagne, and Slate color.

The BlackBerry KEY2 LE is a dual-SIM smartphone that uses Android 8.1 Oreo out-of-the-box. The smartphone sports a 4.5-inch full-HD+ (1080×1620 pixels) IPS LCD display with 3:2 aspect ratio and a pixel density of 434ppi. The octa-core Qualcomm Snapdragon 636 processor powers it up.  1.8GHz  clocks the processor coupled with 4GB of RAM.

For optics, a horizontally positioned dual rear camera setup is embedded in the BlackBerry KEY2 LE. There is a 13-megapixel primary sensor with f/2.2 aperture and PDAF. Further, it has a 5-megapixel secondary sensor with f/2.4 aperture. A dual tone LED flash pairs up with the camera. The new BlackBerry handset comes with an 8-megapixel fixed focus camera. It has an LCD selfie flash and full-HD recording. 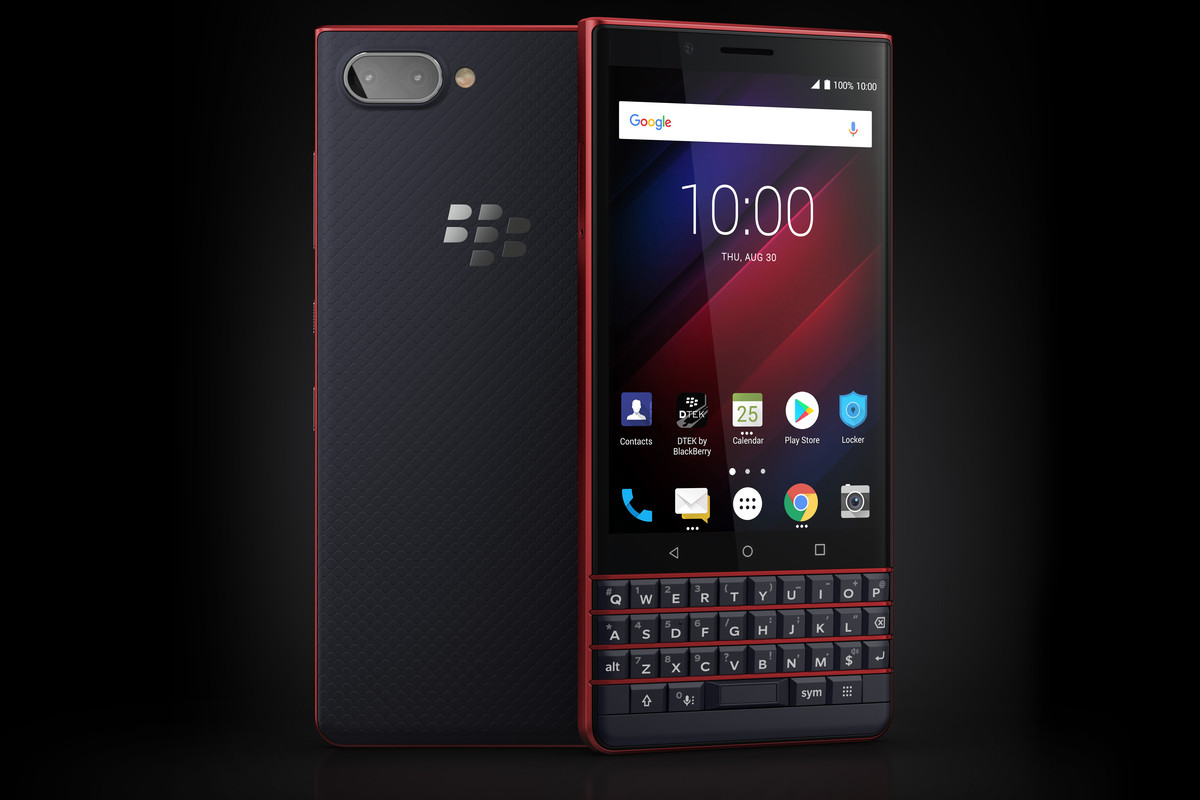 The BlackBerry KEY2 LE has 64GB of inbuilt storage, expandable via microSD card (up to 256GB). Connectivity options in the smartphone include 4G LTE, dual-band Wi-Fi 802.11ac, Bluetooth 5.0 LE, NFC, GPS/ A-GPS, GLONASS. The other features are  FM radio and USB Type-C with OTG. Additionally, sensors include an accelerometer, ambient light sensor, gyroscope, fingerprint sensor on the spacebar, magnetometer, and proximity sensor.