Samsung Galaxy Watch has been officially launched in India. The smartwatch comes as the successor to the Gear S3. The circular display of Samsung Galaxy S3 Watch is protected by a Corning Gorilla Glass DX panel and has water resistance with 5 ATM rating. Similar to the Gear S3, the Galaxy Watch runs Tizen OS along with a rotating bezel UI and a fabulous Display experience.

Interestingly, Samsung has provided analogue watch ticks and hourly chimes to give the feel of a traditional watch. Further, there is a depth effect that casts shadows to define the detail on the available watch face. The Samsung Galaxy S3 Watch also has a heart rate monitoring system through a built-in sensor and most importantly, it offers a dedicated stress management tracker. 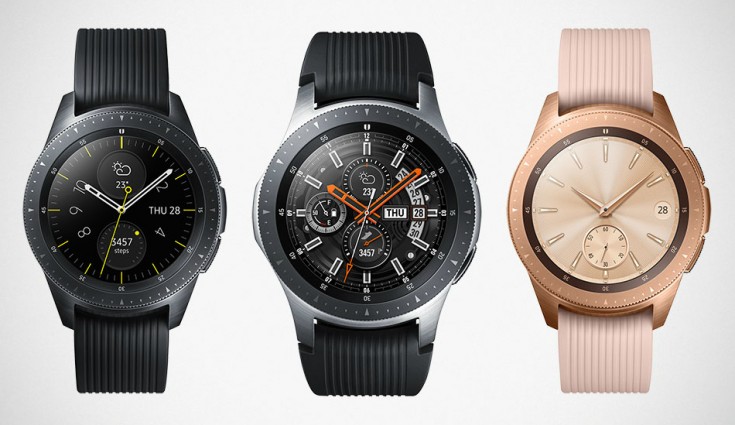 The Samsung Galaxy Watch price is Rs. 24,990 for the 42mm version, while the 46mm variant is priced at Rs. 29,990. It will be available for purchase starting mid-October through all authorized retail channels in the country. Notably, both Galaxy Watch variants are the Bluetooth-only models.

The 46mm variant of the Samsung Galaxy Watch is available in a Silver colour option with a contrasting Matte Black bezel while the 42mm variant comes in Midnight Black and Rose Gold colour options. The watch intends to be used as a timepiece as well as a valuable asset like any jewellery item.

In comparison to the LINK  series, Samsung Galaxy Watch has a dust- and water-resistance build. Also, it is MIL-STD-810G certified for durability. Interestingly, the smartwatch has a stress management tracker. It can detect high-stress levels and offers breathing exercises. 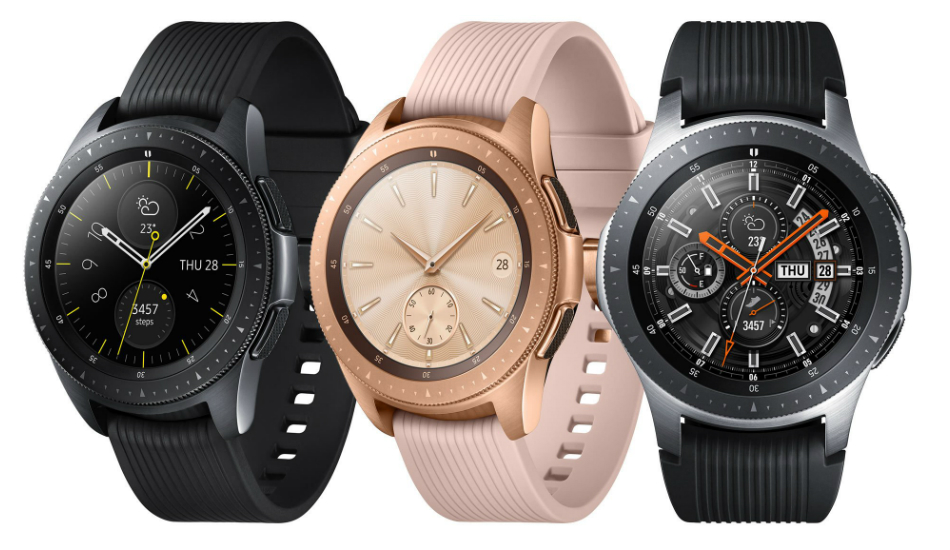 Additionally, Samsung has provided a sleep tracker. It will monitor all levels of sleep, including REM cycles. This feature intends to help the users not only monitor rather improve their sleeping habits. It’s an immensely useful gadget for the gym freak users. There are as many as 39 workout profiles that the Galaxy watch tracks, including 21 new indoor exercises. It’s definitely gonna be a hit amongst the fitness industry, due to the reason that watch can help with better calorie management when connected with the Samsung Health app.

Running on Tizen OS 4.0, the Samsung Galaxy Watch features a Circular Super AMOLED panel. It is accompanied by ‘Always On ‘ Display and Corning Gorilla Glass DX protection. Under the hood, there is a dual-core Exynos 9110 SoC, coupled with 768MB of RAM and 4GB of onboard storage. Onboard sensors include an accelerometer, ambient light sensor, barometer, gyro, and HRM.

In terms of connectivity, the Samsung Galaxy Watch has Bluetooth v4.2, Wi-Fi 802.11 b/g/n, NFC, A-GPS/ GLONASS. The WPC standard-based wireless charger charges the watch. Interestingly, the Galaxy Watch is compatible with devices running at least Android 5.0 or the iPhone 5 and later based on iOS 9.0.