Microsoft Corp’s stock market value surpassed Apple’s, pulling ahead by as much as $3 billion (roughly Rs. 21,000 crores) on Wednesday as the Windows software maker benefited from optimism about demand for cloud computing services.

Microsoft and Apple briefly traded at about the same level after the bell on Monday. Microsoft’s intraday lead over Apple on Wednesday was indeed more substantial.

Market capitalizations of both the companies was calculated using outstanding shares reported in their most recent 10-Q filings. 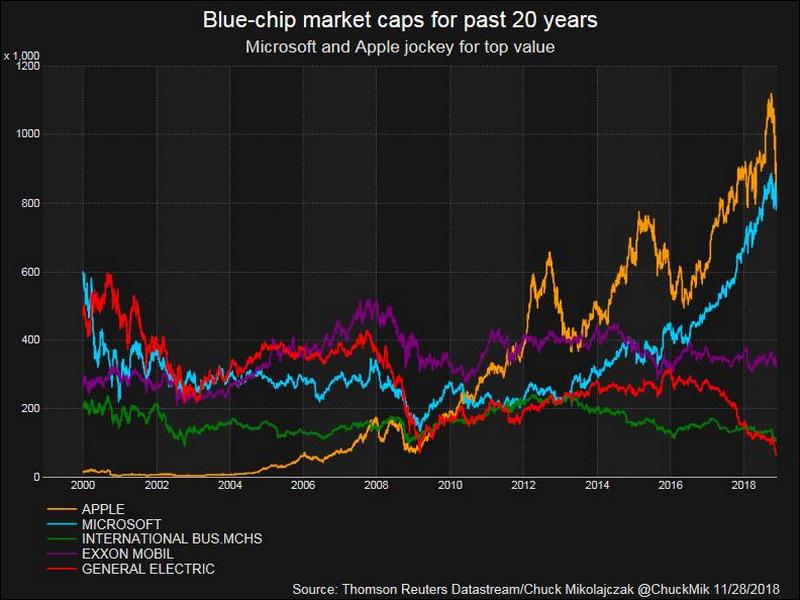 Apple’s market capitalisation overtook Microsoft’s in 2010 as the Windows seller struggled with slow demand for personal computers, due in part to the explosion of smartphones driven by Apple’s iPhone.

Since then, Microsoft has not ended an official trading session with a stock market value greater than Apple’s. 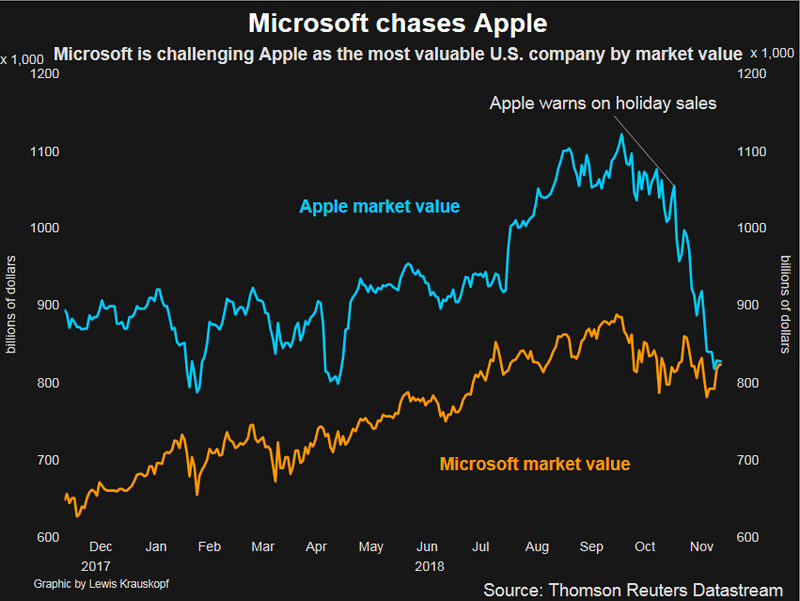 Ever since Satya Nadella took over as chief executive in 2014, Microsoft has reduced its reliance on Windows software for PCs and became a major player in cloud computing, second only to Amazon.com Inc .

In the previous months, technology shares have suffered as investors worried about rising interest rates and fallout from the US-China trade war.

Apple has lost by 19 percent since the iPhone maker warned on November 1 that crucial holiday-quarter sales would not meet Wall Street expectations.

Global demand for smartphones has declined in recent years. Henceforth , making it tough for Apple to increase its revenue.

Thirty-three analysts recommend buying Microsoft’s stock. However, one has a negative rating and another has a neutral rating.

Twenty-six analysts have positive ratings on Apple whereas another 16 are neutral. However, none recommend selling its stock.

For fiscal 2019, analysts on average expect Microsoft’s revenue to increase 11 percent. On the other hand, its 5 percent for Apple. Alongwith iPhone sales growing less than 1 percent, according to Refinitiv data.