Xiaomi may launch a smartphone under its Black Shark brand internationally on November 9. This smartphone company has launched a new smartphone – Black Shark Helo in China last month. It is a successor to the Balck Shark that released earlier this year.

The company had launched a new smartphone – Black Shark Helo – in China last month, as a successor to the Black Shark that released earlier this year. While the smartphone went on sale in its home country last month itself, until now there has been no information on whether it will be unveiled globally. Now, Black Shark is sending out an email to early supporters of the brand hinting at the possible international launch of the smartphone. It is in line with the company releasing a global version of the company’s website ahead of the Black Shark Helo launch in October.

The email from Black Shark, reads as, “So, what’s happening? It’s a secret! Nobody knows! We don’t even know! Wait, sorry, that’s not true at all. We totally know what’s happening on November 9th. . So, yeah, we know. But we can’t tell you… yet.” It is, however, worth noting that there is no official confirmation from the company that the handset will actually release in the international market on that particular date or not.

The Xiaomi Black Shark Helo is a dual-SIM (Nano) smartphone that features a 6.01-inch (1080×2160 pixels) display. The smartphone is powered by a Qualcomm Snapdragon 845 SoC. It is paired with Adreno 630 GPU and three different RAM and storage models. It comes in 6GB, 8GB, and 10GB RAM variants. 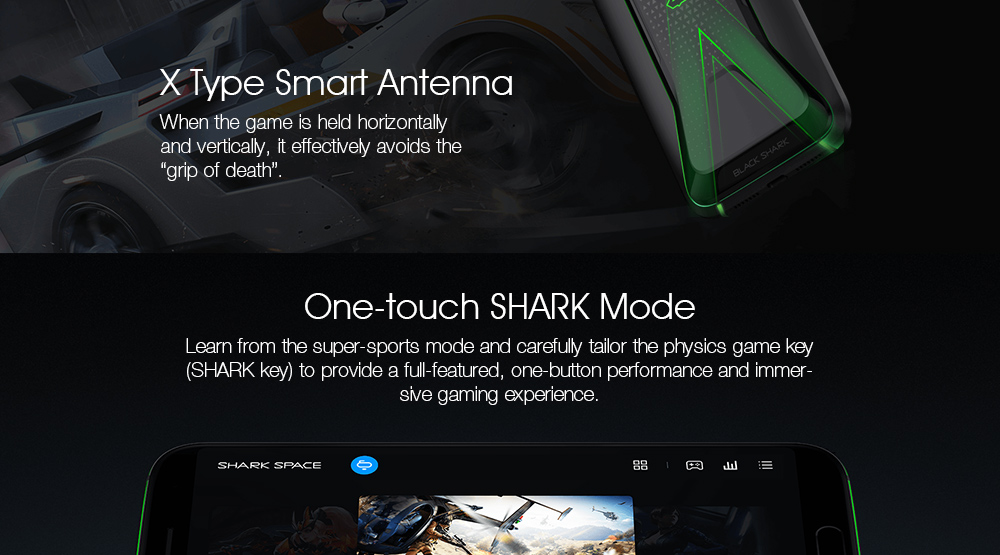 In terms of optics, the Xiaomi Black Shark Helo sports a dual-rear camera setup with a 12-megapixel primary sensor and a 20-megapixel secondary sensor, both with f/1.75 aperture and LED flash. The smartphone bears a front camera with a 20-megapixel sensor with f/2.2 aperture.

The Xiaomi Black Shark Helo is equipped with 128GB and 256GB inbuilt storage options. Connectivity options in the handset include 4G LTE, Wi-Fi 802.11a/b/g/n/ac, Bluetooth 5.0, GPS, AGPS, Glonass, aptX and aptX HD support. Sensors on board the smartphone are the ambient light sensor, a geomagnetic sensor, gravity sensor, gyroscope, and proximity sensor. Also, the user has a 4,000mAh battery and a Quick Charge 3.0 support. In terms of dimensions, the phone measures 160×75.25×8.7mm and weigh 190 grams.