Deepika Padukone and Ranveer Singh’s Mumbai wedding reception on December 1 saw the who’s who of Bollywood. Also, the business industry was in full attendance. India’s richest man, Reliance chairperson Mukesh Ambani was also among the invitees at Deepika and Ranveer’s Mumbai reception party. He attended the event with wife Nita Ambani, daughter Isha, sons Akash and Anant, Akash’s fiancee Shloka Mehta and Anant’s just friend Radhika Merchant. The entire Ambani family posed for photos at the reception party. And then…

As the Ambanis took their places in front of the lenses, a photographer cracked a joke. The paparazzo can be heard shouting, “Sir, Jio nahi chal raha!” 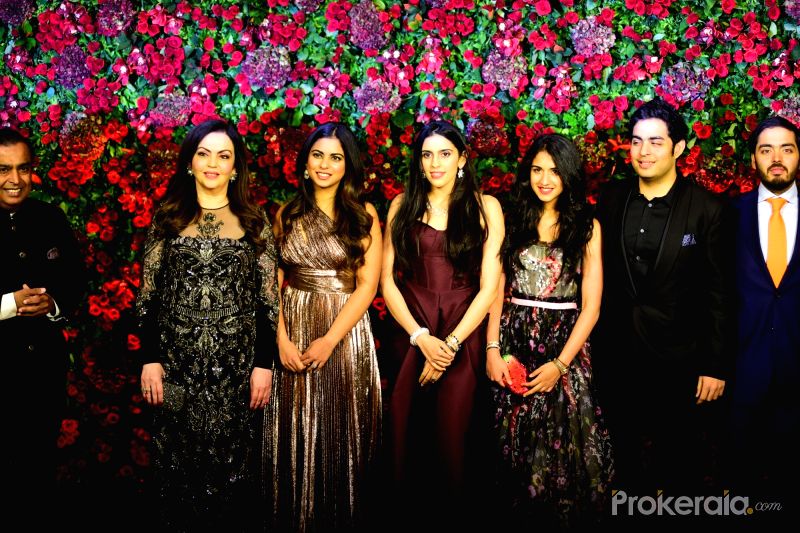 Mobile network operator Reliance Jio, Mukesh Ambani’s brainchild, is largely responsible for changing the internet-scape of India. After Reliance launched its network operator Jio, aimed at providing superfast internet to its users, other mobile operators in the country jumped on the cheap-internet bandwagon.

Jio, with its 4G internet at low prices, opened up an altogether new demographic in the country, with people switching from other bigger operators to the network.

But the photographer, who probably had a momentary glitch with his network, did not know a better way than to complain to the big boss himself… ‘Jio chal nahi raha’!

An unfazed Mukesh Ambani, after the paparazzo shouts his complaint at him, goes on to smile at the cameras. This then walks over to Sanjay Dutt, who arrives on the scene.

We’re not sure if Ambani heard the poor photographer’s complaint, but we hope things got better for him!

The Ambanis, before attending Deepika and Ranveer’s bash, were in Jodhpur . They were invited for Priyanka Chopra and Nick Jonas’s sangeet and wedding ceremonies.

As for Deepika Padukone and Ranveer Singh’s glitzy bash, the night saw all of Bollywood in attendance .The stars danced the night away with the newlyweds and made sure it was an evening to remember.