The new Mate 20 RS shares a lot with Mate 20 Pro. It has a similar three-lens camera array on the back and the same in-display fingerprint sensor. It has the same Kirin 980 Processor. The curved body fits in the had perfectly. It has the same android 9.0 Pie with EMUI 9.0 software onboard. The battery specifications comes as 4,200mAh battery with super-fast charging, and support for wireless charging, and reverse charging. The only major difference internally is the choice of 256GB or 512GB of storage space.

What are the other differences?

The back of the phone comes with two pieces of leather either side of an incredibly reflective piece of glass. These leather panels add an advantage giving a good grip to the phone. A Porsche Design logo is in the centre of the phone, but this time no logo appears on the front. The Huawei Porsche Design Mate 20 RS comes with a bigger screen, making the lower chin smaller. 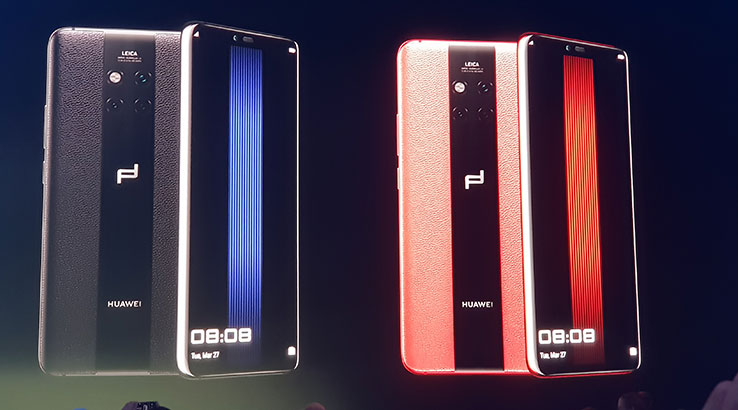 In the hand, the phone feels like a Mate 20 Pro. The three panels are symmetrical and vertical, making it look like a racing stripe. The screen looks identical to the Pro, and the camera will operate in the same manner.

FEW REASONS TO BUY OVER THE PRO

Yes, the Porsche Design Mate 2 RS will come in a nice box. The smartphone will come packed in a nice case and accessories with it. Keeping aside the additional storage space and two strips of leather on the back, the phone offers little over the standard Mate 20 Pro. Anyone having a good idea of the Porsche Design phones will already know the price will be different, and it costs 1,695 euros for the 256GB model. And 2,095 euros for the 512GB version. That’s $1,955 and $2,420 converted over respectively.